TransRep is excited to announce their second
National Recruiting and Retention Symposium
taking place on October 28-29, 2021
8am — 4pm
at the Lionhead Golf Club & Conference Centre in Brampton, Ontario 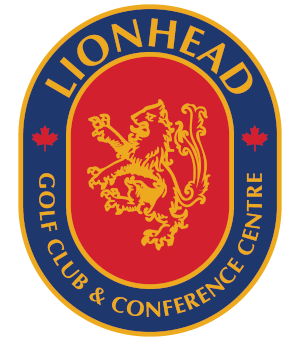 With an expected audience of over 175 Recruiters/Human Resources from transportation companies don’t miss this opportunity to showcase your company, products and services. 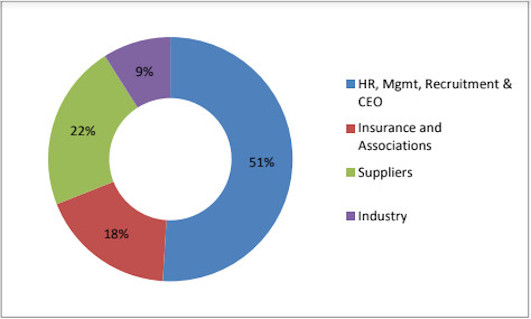 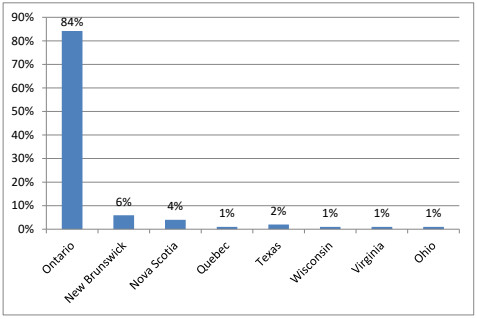 Just to give you an idea of who attended the 2019 NRRS here is a breakdown by positions within the transportation industry as well as where they came from.

Key issues affecting the transportation industry always revolve around Recruitment, Retention and Human Resources. People in the transportation industry deserve to have educational opportunities to be the best and to have access to continued education and resources to grow within their sector. Those attending the full day will receive a Certificate.

Join us Thursday Night for the Industry Appreciation Networking and Prize Night.

Winning Online, Increase Your Visibility and Crush Your Competition

Investing in Your Team for Stronger Retention 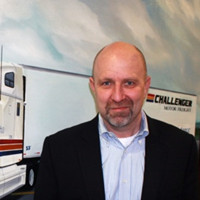 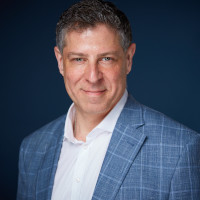 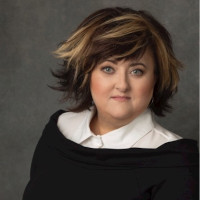 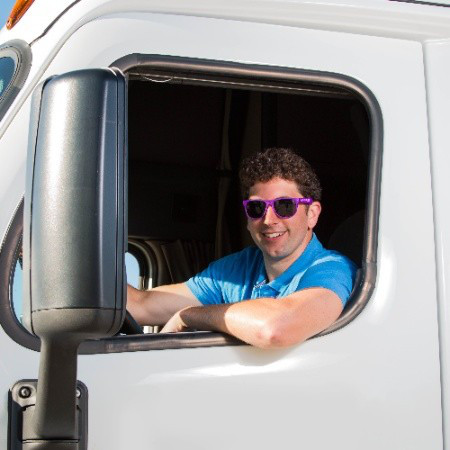 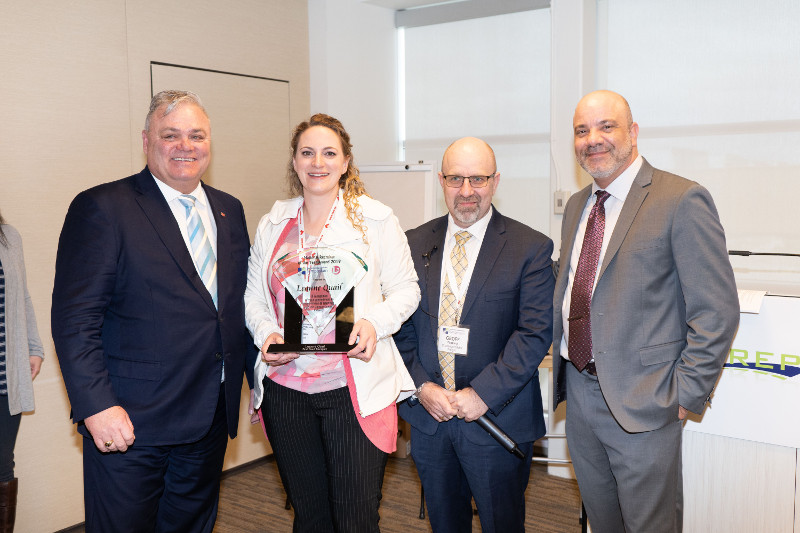 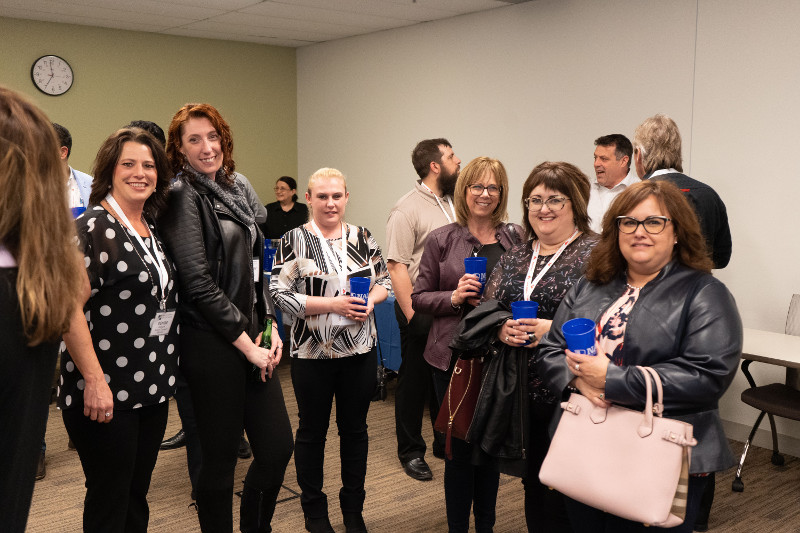 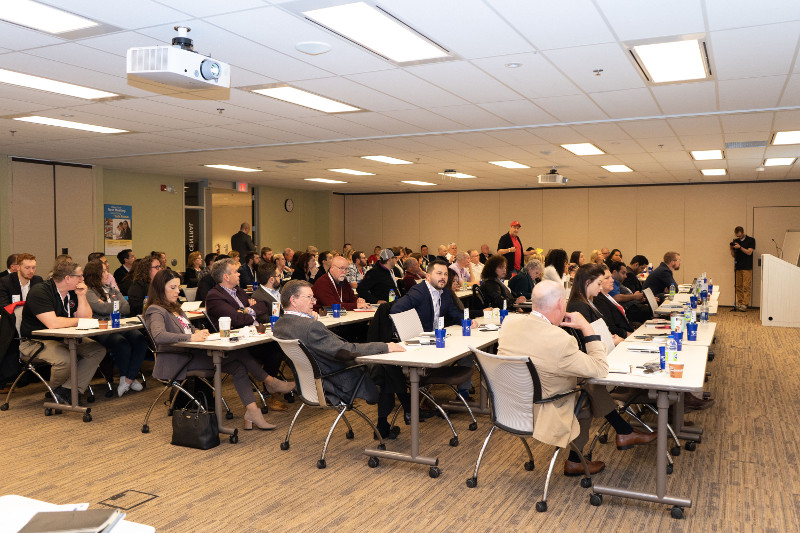 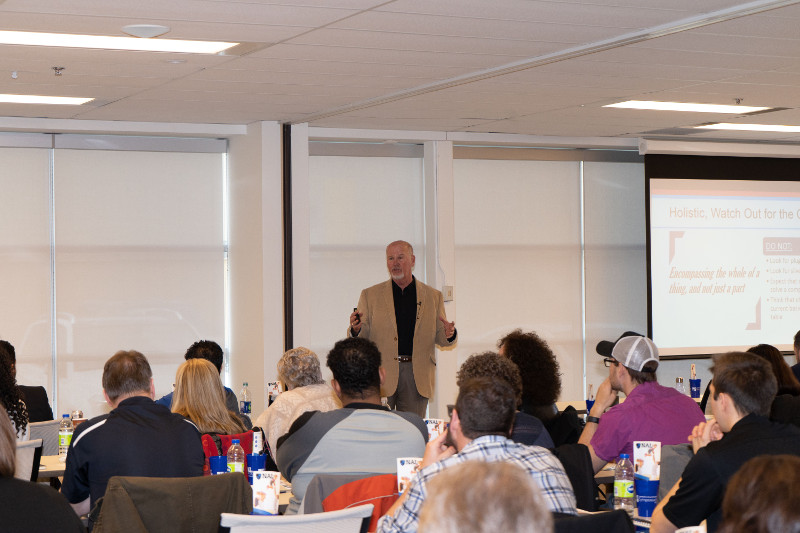 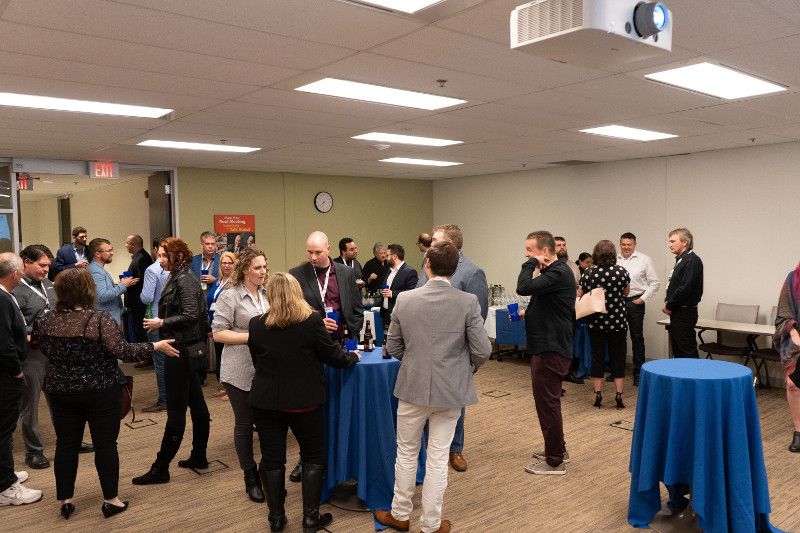 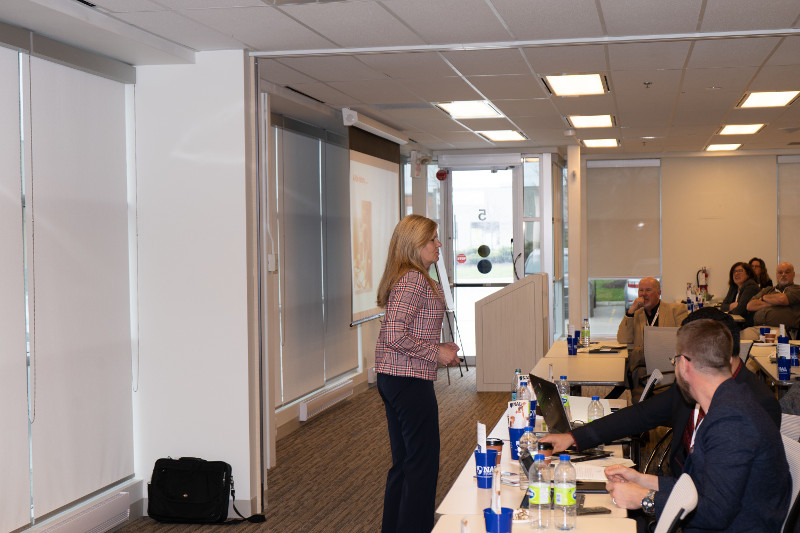 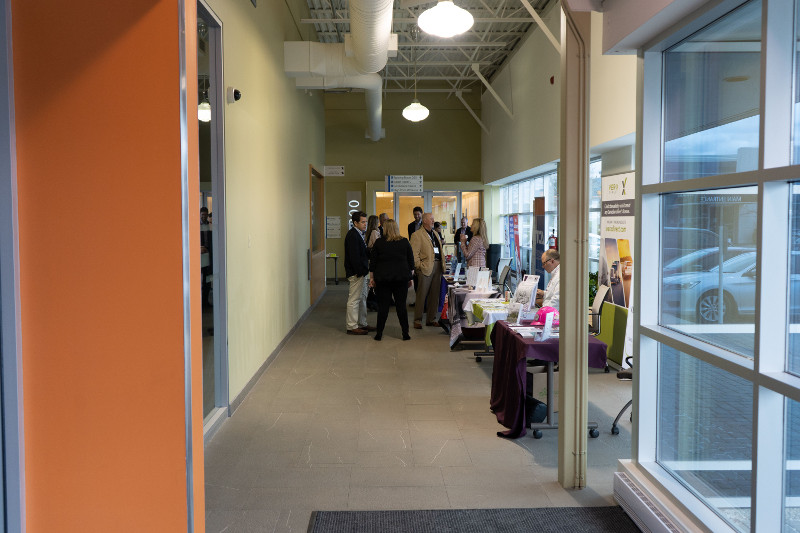 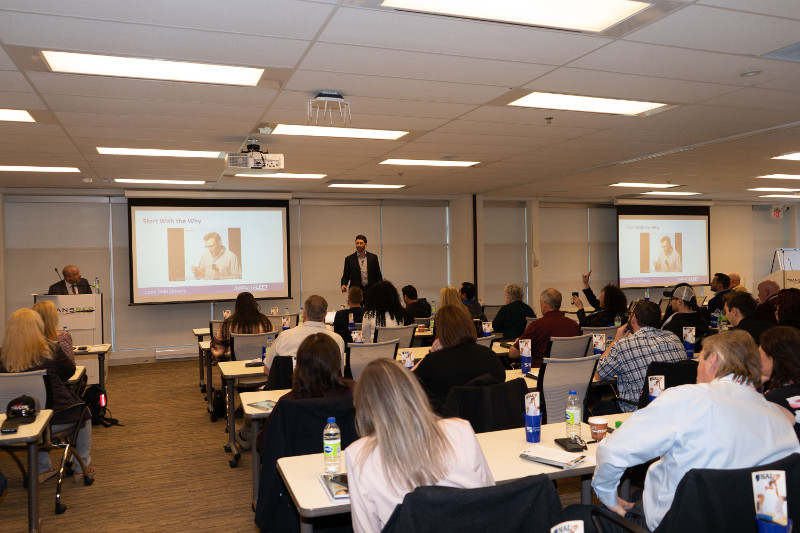 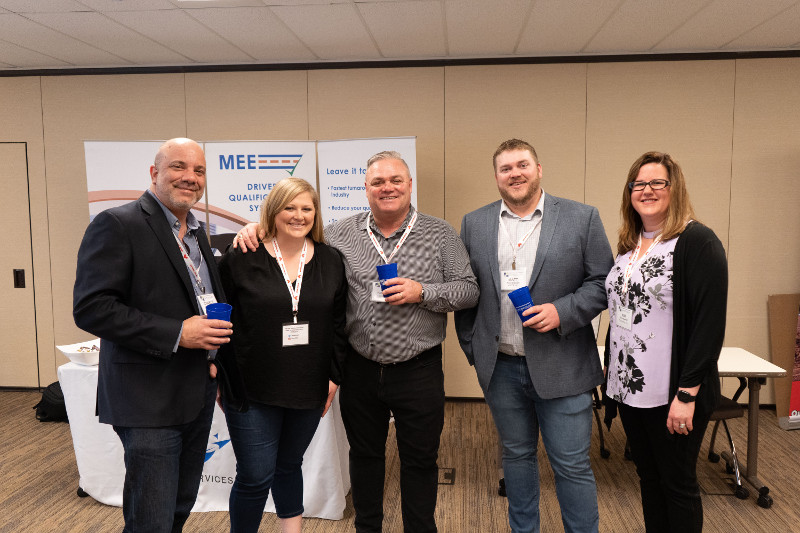 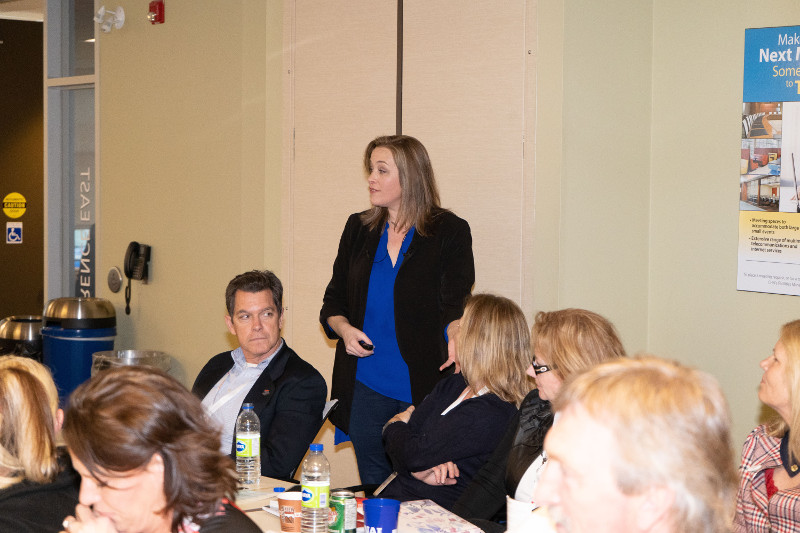 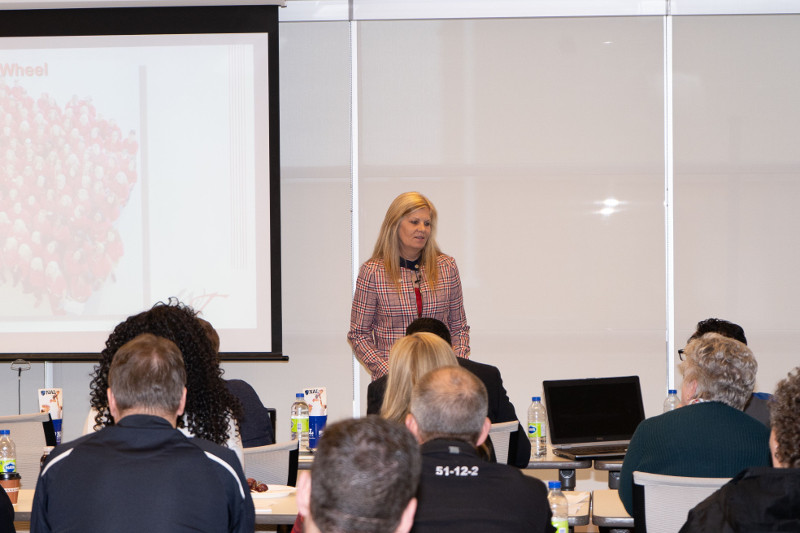 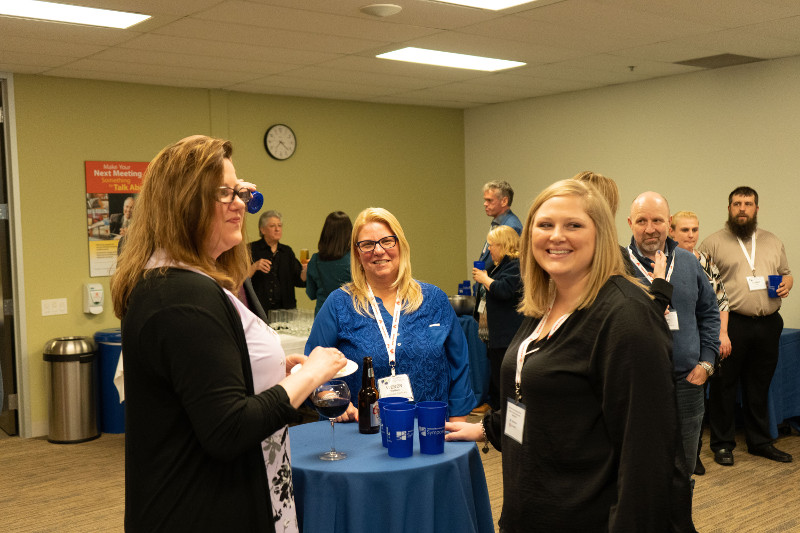 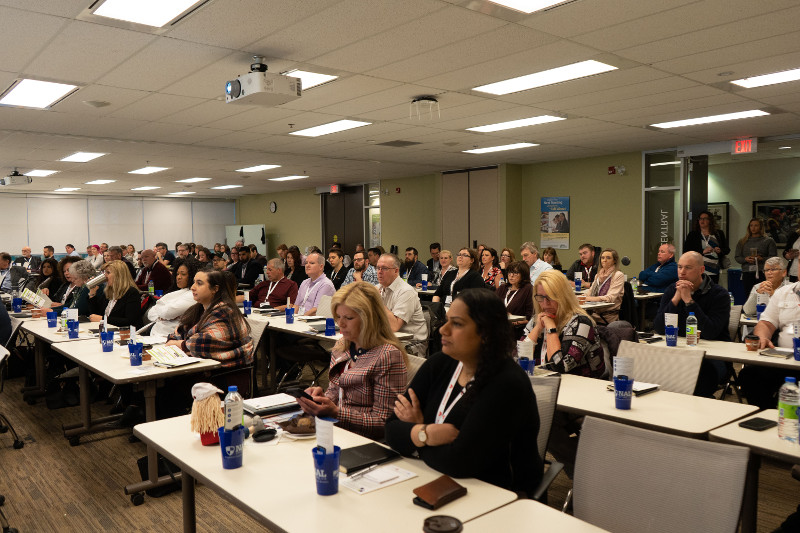 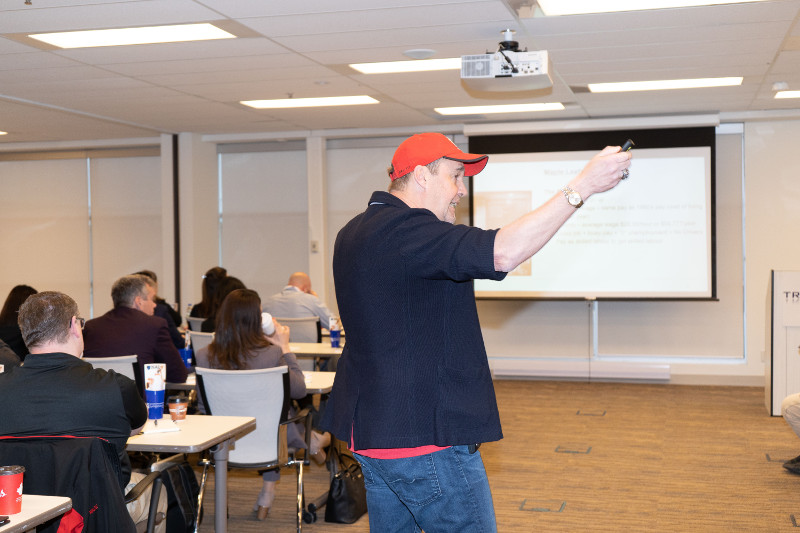 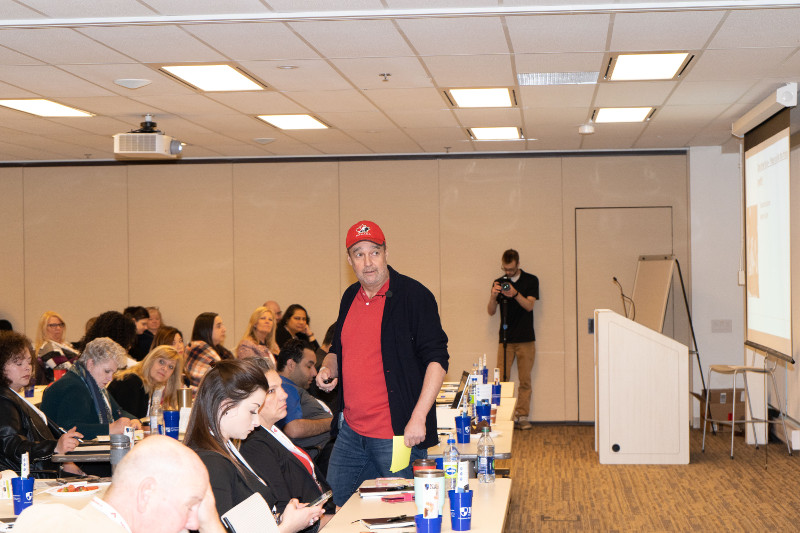 Geoff has been in the Trucking Industry for over 25 years and has held many roles in that time. Geoff started his career as a Driver and has since held positions in Operations, Sales, Recruiting and Human Resources. Currently, Geoff is Vice President of Human Resources including Safety, Recruiting and Risk Management for Challenger. Geoff has also served Industry associations such as the Truck Training Schools of Ontario where he acted as the Chair of the Carrier committee and is currently the co-chair of the Recruiting, Retention and HR committee at TCA. In 2018 Geoff was awarded the HR Leader of the year by the Trucking HR Canada and is 2017 was also recognized as the HR Innovator.

Joel Mandelbaum’s business experience began at the age of 19, when – driven to build his own business – he started a Transportation company. Through hard work, and a dedication to exceptional customer service and leading-edge technology, the business evolved from a single-man operation to an award-winning company: providing freight, logistics and warehousing services to some of North America’s largest and most respected companies. Before selling the company in 2012, it had grown to a dynamic team of 50+ in two countries.

Today, as a Strategic Technology Consultant, #1 Bestselling Author and stakeholder at iOPW – his leadership, 25 years technology and business development experience, and passion – has been a driving force behind the company’s steep growth curve. Joel’s focus is to help his clients disrupt their competition online, control their online reviews and bring significant traffic to their websites. His passion is helping others build their business through innovative online marketing platforms and strategies.

Presentation Synopsis: Listen to Joel Mandelbaum as he shares some of the top strategies from his #1 Bestseller Winning Online, Increase Your Visibility and Crush Your Competition. Joel will share strategies to implement for when you’ve felt stuck and don’t know why some businesses dominate online and others fail to get any traffic? Joel will help you beat the confusion and determine where to get started. why your marketing dollars are not providing the ROI you expected.

3 things you may not know about Allison

1. Used to be scared to death of speaking
2. Was in a Platinum Blond rock video when she was a young adult
3. Challenges herself to practice-what-she preaches daily

Allison will speak to our delegates about how to reposition stress in order to eliminate unnecessary frustrations in the workplace. She will talk about the different ways teams (and you) respond to challenges and how to move the resiliency dial faster to embrace obstacles rather than let them drown your day.

Mr. Ray Haight is second-generation trucker; his parents ran a small four truck fleet operation, which worked for a local shipper into the U.S. market. Ray Haight was a driver and Owner Operator for 10 years logging over one million accident free miles prior to starting his own company, which serviced long haul lanes with both dry van and refrigerated equipment.

Currently, he resides in Lambeth, Ontario where in addition to being Retention Coach at Truckload Carriers Association and co-founder of TCA inGauge carrier benchmarking platform he also finds time to lend his energies to many transportation industries related associations.

3 things you may not know about Ray

1. When he first started his business he was totally intimidated by being in a room with people with educational accolades that he didn’t possess, until a business coach convinced him that common sense, passion and trusting one’s gut instinct was what he needed. He was then set free
2. Driving accident free long haul for 10 years is an accomplishment he is very proud of
3. Met his wife on a loading dock in London, ON, she was driving a forklift truck for a local shipper.

The Secret to Solving the Driver Retention Puzzle

Join Ray Haight with this new presentation as he shows the path for any business in any sector to create employee loyalty.
From a 50,000 foot view of the framework learn what needs to be put in place to rein in the turnover for your business.

Kelly has been in the Trucking Industry for 27 years. Having started her career in the Trucking Industry at a leading private career college for the trucking industry in Atlantic Canada, it was a natural progression to move to the Council in 2004. Her work has focused in a variety of areas, including but not limited to, recruitment and retention, training standards, certifications and building human resource capacity in the trucking industry for over 25 years. Over the years she has received many industry awards and recognitions for her contributions to industry. Her most recent recognition being Mentor of the Year for the Transportation Industry.

Investing in Your Team for Stronger Retention Synopsis: The recruitment and retention epidemic in our Industry seems to be never changing or an always growing epidemic, depending on how you look at it. We are so quick to say where can we go to get more professional drivers but how can we keep up with our current workforce? What is our next defence move to keep them from going to other companies? In this presentation, Kelly will discuss what we always tend to do versus what we can really do.

Scott is on a mission to keep safe drivers behind the wheels of your vehicles. Scott started in the industry by managing a high growth driver recruiting department. He uses that first-hand experience to ensure AvatarFleet provides the industry’s best software and services for transportation companies to recruit, hire, train and retain safe drivers.

Retention Re-Invention Presentation Synopsis: The driver shortage is an excuse for companies who do not have a driver-centric culture. You can create a line of drivers knocking at your door by changing the way you approach driver recruiting, by focusing on retention. Learn how to build an online reputation that creates that line of drivers, not one that drives them away.

Proven maverick Mike “Ace” McCarron is the President of Left Lane Associates, a firm specializing in transportation growth strategies and mergers & acquisitions. A graduate of the University of Toronto he is a 35-year industry leader, entrepreneur and founder of MSM Transportation (est. 1990), which was sold to the Wheels Group in November 2012. Under Mike’s leadership, MSM won numerous business awards, including the Top Canadian Motor Carrier (7 years), Canada’s Top 100 Fastest Growing Companies (5 years) and Canada’s Best Managed Private Companies (17 years). Mike has served on the Board of the Toronto Transportation Club (Past President), Ontario Trucking Association (Convention Chairman), Canadian Trucking Alliance and Trucking HR Canada (Past Chairman). Mike is a regular speaker on the transportation industry speaking circuit and is a monthly columnist for Today’s Trucking magazine.

3 Things you may not know about Mike

1. Inducted into Etobicoke Sports Hall of Fame
2. Most penalized goalie is history of St. Michaels Buzzers Junior A Hockey Club
3. Use to be terrified of public speaking

The Uncut Reality of Recruiting & Retention

Join industry maverick Mike (Ace) McCarron as he speaks candidly on the uncut reality of recruiting and retention.  Mike will share why he believes that recruiting drivers has never been harder and the difficulties with working in recruiting and HR.

Mike will discuss why the current model is not sustainable and how a major overhaul is required in order for carriers to manage their business more effectively.

What Industry Leaders are saying…

For years the Private sector did not have to actively recruit, most Private Fleets had a waiting list of drivers who wanted to work for the best of the best. In recent times that has changed, while Private Fleets are able to fill the seats still for the most part, the competition for talent is stronger, and the supply of qualified drivers is waning…Private Fleets must now become more involved in actively recruiting the driver of tomorrow today, if they don’t the seats won’t remain full for long.

From what I see, recruiting is not the problem or an issue. Companies are pretty good at recruiting. It is the retention that is the issue. Companies need to learn to retain the drivers that they recruit. They need to listen to the drivers. Find out what the drivers issues and concerns are and then do everything to fix their company. From what I see, most companies are too eager to please the shippers (the one that pay the bills) and either refuse to listen to the drivers or just plain abuse them.

When I speak to any of my trucking clients, recruiting and retention is their number one struggle. Finding and attracting the right talent is key to any organization but it affects the trucking sector in a unique way. Without drivers, those wheels simply do not turn. You can’t run a trucking company on your own; drivers, dispatch, mechanics, safety, and admin all play a critical role to keeping goods moving across our country. I see companies trying to recruit from schools, career fairs, and working with their industry associations to attract talent. But it’s a struggle that is shared among many. There isn’t one company this doesn’t impact.

Innovative approaches to a dated challenge? Understanding hiring trends in other sectors. Increasing productivity and reducing turnover costs? This conference promises to take attendees to the next level in preparation for diverse workplaces. A must attend recruiting and retention event for 2019!

When recruiting, it is more than about catching fish in a net. If relationships are two-sided, then so it is with recruiting. While your organization is recruiting candidates, your candidates are also recruiting you. The focus should be on establishing a foundation of vision, values and culture and subsequently building relationships with candidates that are mutually aligned with that foundation. This serves to foster longer term partnerships between organization and employee.
There is nothing that instills more confidence in an organization than their ability to retain longstanding loyal employees. That speaks volumes about the company culture and credibility.
An organization has reached ultimate success in their strategy when they are no longer seeking, but sought out.

The #1 issue facing carriers when it comes to recruitment and retention, is driver rates. By ensuring driver satisfaction we’ve experienced record low levels of turnover. In order to maintain competitiveness carriers must be responsive to the needs of modern drivers with regards to technological support and other innovative practices.

National Recruiter of the Year Award 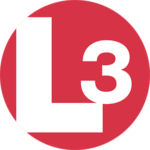 Please download the Hotel Options and Links file and book your room today to get the best rates!